In: Gebed Vir Die Dag, Prayer For Today
With: 0 Comments 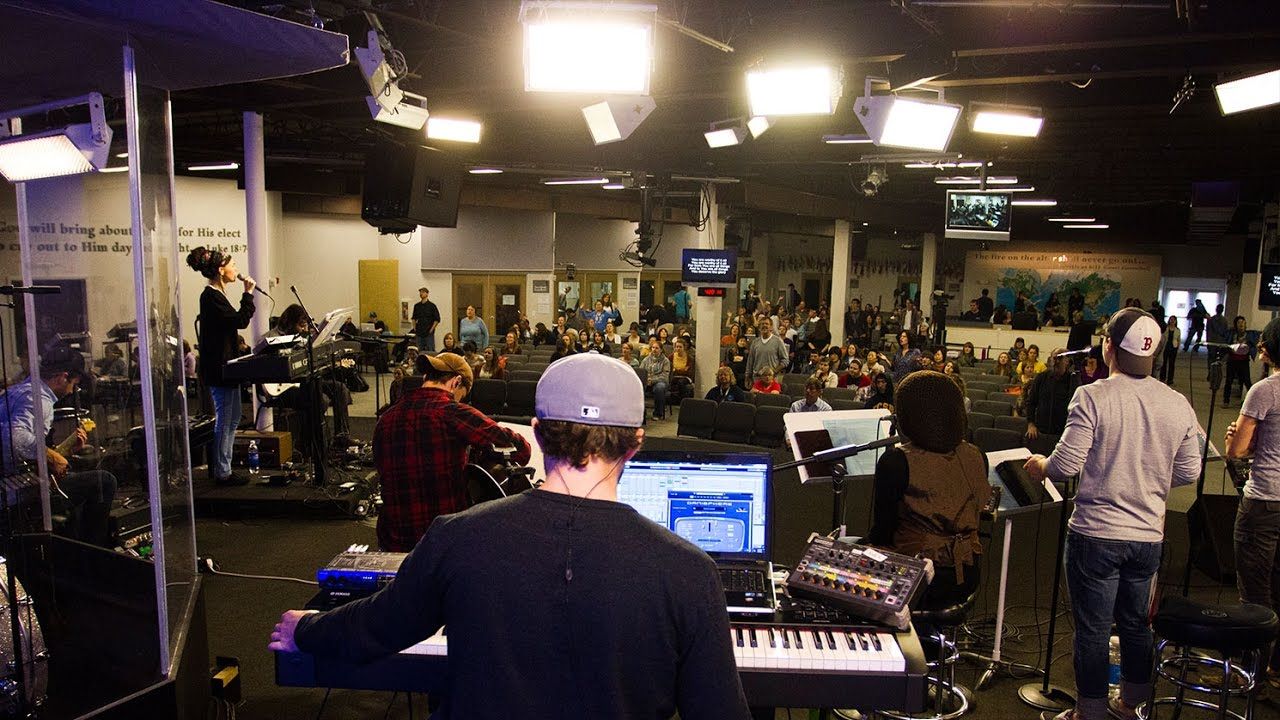 Nuus.News brings you the Real News that Mainstream Media will never give you.

God has raised up a force on earth that would praise Him with prayer and worship day and night non-stop. And since it started in 1999 it literally has not stopped.

Truly, being one of the Wonders of the World and massive achievements of the believers in Christ, Christians from all over he world have come to pray, sing and fellowship by the Holy Spirit with God at the IHOPKC for 20 years now, without fail.

The monumental feat has been achieved with over 20,000 staff to attend to the project over 20 years, with a recorded 20 million man hours of prayer before God’s throne reaching an astounding 215 recorded nations from their studio in Kansas City. More than 1 million people join online and are transformed by the broadcast on their website annually.

With such an unprecedented move of the Spirit it has to be seen to be appreciated. Nuus.News invites you to join this world-impacting worship miracle online. Just press play and join in unity of the Holy Spirit in worshipping God.

More about IHOP below.

How it all began

From the International House of Prayer website www.ihopkc.org we learn the following:

“Twenty years ago, on a crisp day in the fall of 1999, a small, ragtag, band of worshipers and intercessors gave themselves to a ridiculous and beautiful dream.

Hour by hour, day after day, sometimes in an empty room, men and women, young and old, all races, began to gather to a vision as simple in its essence as it was extraordinary in its scope: unceasing prayer with worship. “We will give everything!” they said, “Even every hour of life itself—day and night!—to declare the supreme worth of Jesus to a jaded and unbelieving generation.”

It was crazy, it was lavish, it was foolish. And it was totally worth it. In the grace of God, this mission has spread across nations and continents, and will never, ever change until Jesus returns.”

On May 7, 1999, the International House of Prayer of Kansas City (IHOPKC) was founded by Mike Bickle and twenty full-time “intercessory missionaries,” who cried out to God in prayer with worship for thirteen hours each day. Four months later, on September 19, 1999, prayer and worship extended to the full 24/7 schedule.

The International House of Prayer is an evangelical missions organization that is committed to praying for the release of the fullness of God’s power and purpose, as they actively win the lost, heal the sick, feed the poor, make disciples, and impact every sphere of society—family, education, government, economy, arts, media, religion, etc. The IHOPKC vision is to work in relationship with the wider Body of Christ to engage in the Great Commission, as they seek to walk out the two great commandments: to love God and people.

The Lord has called them to be a community of believers committed to God, each other, and to establishing and maintaining a 24/7 house of prayer in Kansas City—a perpetual solemn assembly gathering corporately to fast and pray in the spirit of the tabernacle of David.

They are committed to prayer, fasting, the Great Commission, and to living as forerunners, spiritually preparing for the unique dynamics of the end times. The work of their ministry includes equipping and sending out missionaries as dedicated intercessors and evangelists who work to see revival within the Church and a harvest among those searching for God. They take seriously the mandate to train believers to love Jesus and others wholeheartedly, as together they go forth to preach the Word, heal the sick, serve the poor, plant houses of prayer, and proclaim the return of Jesus across the earth.

The heart of their missions base is night-and-day prayer with worship. Two figures from the Bible who inspire them in this are Anna, one of the first evangelists and intercessors in the New Testament, who prayed and fasted for over sixty years before Jesus’ first coming (Lk. 2:37), and King David, who organized and paid 4,000 musicians and 288 singers to worship God night and day (1 Chr. 23:1–25:31).

They refer to their full-time staff at the International House of Prayer as “intercessory missionaries.” They raise their own support to work as full-time missionaries who reach out to others from a lifestyle of prayer and worship. Today, about 2,000 believers (staff, students, and interns) serve full-time, investing fifty hours per week, as they go from the prayer room to the classroom and then to ministry outreaches and works of service. Also, as those who are committed to the forerunner message, they are spiritually equipping themselves to prepare others for the unique dynamics of the generation in which the Lord returns.

Their vision is to prepare thousands of full-time intercessory missionaries who, like John the Baptist, live a lifestyle of discipline and devotion to God, whose lives and voices cry out, “Prepare the way of the Lord!” They invite you to visit the prayer room in person or join them online via the free live webstream. Join with them as they set their hearts to love God, worship Him alone, and dedicate their lives to serving Him without reservation; to demonstrate their love for others in works of service, justice, outreach, and compassion; and to proclaim the return of Jesus.

On September 19, 2009, while celebrating their ten-year anniversary together, they made a sober commitment before God to combine 24/7 prayers for justice with 24/7 works of justice until the Lord returns. Outreach has always been a vital part of their mission. However, at that time, they set their heart to significantly increase their outreach and ministry to others outside their missions base. Thus, they are developing many new outreach ministries that will continue 24/7 alongside their 24/7 prayer and worship.

Their ministries and outreaches include increasing their current inner-city outreach with on-site food distribution, discipleship programs, provision of food and clothing for their children’s outreaches, street clean-up, and a prayer room operating in the inner city ten hours a day, working towards night-and-day prayer. Other outreaches include Children’s Justice Initiative to serve orphans and children at risk, and Exodus Cry helping victims of human trafficking. They are partnering with Women’s Life Center, a local crisis pregnancy center helping women who refuse abortion and choose life. In the future they plan to provide homes and restoration programs for victims of human trafficking and domestic violence, and prostitutes who respond to the Gospel.

They believe they are better equipped for ministry when their lives are rooted in prayer and worship and focused on intimacy with God, as they intercede for a breakthrough of the fullness of God’s power.

On September 19, 1999, a prayer meeting began which continues to this day; from dawn to dusk and through the watches of the night, by the grace of God, prayer and worship have continued twenty-four hours a day, seven days a week. The prayer room is the foundation of all ministry and outreach at the IHOPKC Missions Base. Scripture teaches that night-and-day prayer is deeply connected to the release of the fullness of God’s power and purpose (Lk. 18:7–8; cf. Isa. 62:6–7). We are offering Jesus unremitting adoration and taking a stand in prayer for the manifestation of God’s justice in every realm of life.

A History of the Prayer Movement

Around 1000 BC, King David established a tabernacle in Jerusalem and set a precedent of night and day worship before the Lord that continued at various times throughout Israel and Judah’s history. Each time this order of worship was reintroduced, spiritual breakthrough, deliverance and military victory followed. Likewise, throughout the centuries, groups in Ireland, Germany, South Korea, and elsewhere across the globe have established day and night centers of prayer and worship. Following in this tradition, in 1999 the International House of Prayer started a prayer and worship meeting in Kansas City.

Over the last 25 plus years, the Lord has graciously given them about 25 powerful prophetic experiences that provide insight into what will happen in the days ahead in Kansas City, the USA, and other nations. These supernatural experiences were given to several prophetic people in the 1970s and 1980s. They include times when various believers saw the Lord, heard God’s audible voice, saw an angel, or had prophetic dreams that were dramatically confirmed. These prophetic experiences are referred to as IHOPKC’s prophetic history.

More information can be found on their website www.ihopkc.org

I am inspired. What can I do now?

Don’t get left behind! Move with the move of the Spirit of God.

There are so many things to do in church whenever you get involved you will find there are too little hands for the big job there is to do. Jesus was right when He said: the harvest is plenty but the labourers are few (Luke 10:2). So go out and do your part.

In the mean while come back regularly to this page on Nuus.News and listen to the worship and prayers going up without ceasing, day in day out, year in year out, until Jesus returns. What a privelege it is to be part of this great end time movement. 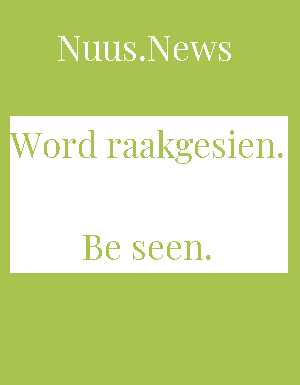 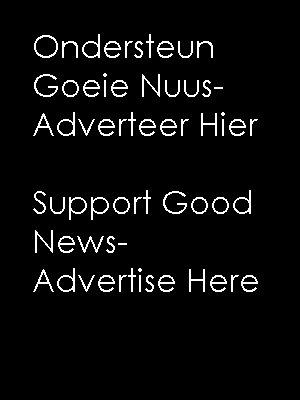