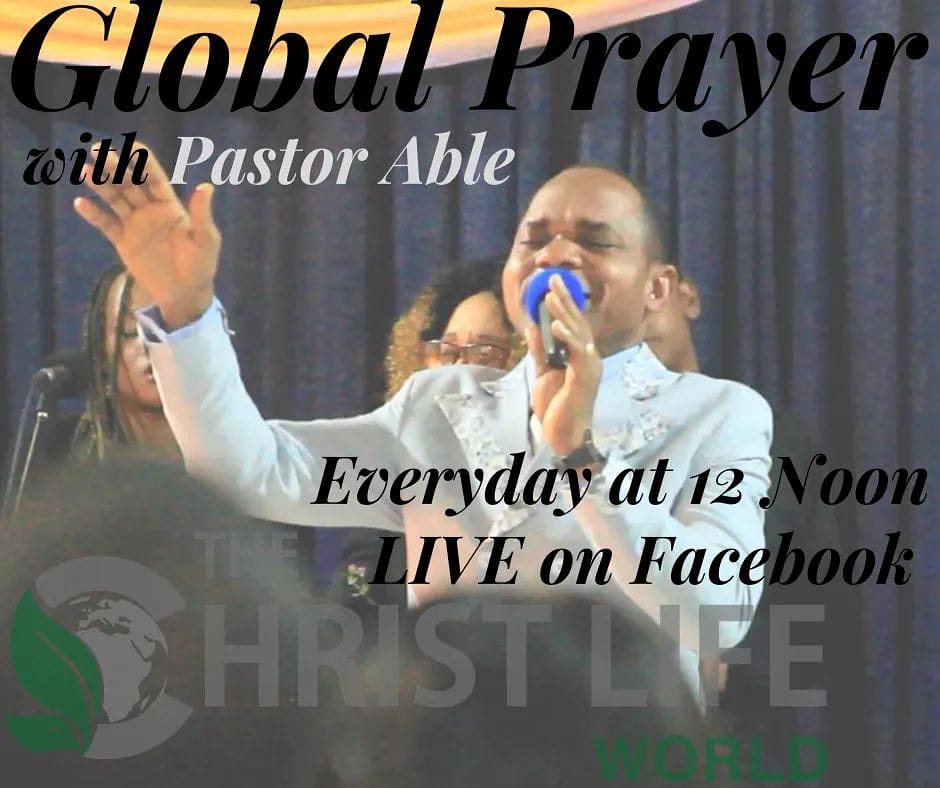 Don’t know what to do against Corona? Do you want to be part of the fight against this plague, but you don’t know how to make a difference?

Then join the Daily Global Prayer against the world-wide Corona plague at 12pm (GMT+2) led by Pastor Able.

The Bible says in Ephesians 6:12 “For we wrestle not against flesh and blood, but against principalities, against powers, against the rulers of the darkness of this world, against spiritual wickedness in high places.”

Therefore, when we win the fight in the spirit realm, we have also won it in the physical realm.

Tune in on the video and pray along.

How to join the Global Prayer with Pastor Able

The Daily prayer at 12pm is broadcast live every day on Facebook, on www.facebook.com/able.akpanke

Cick on the link and like the page to stay abreast of upcoming prayer sessions.

The Power of Unified Prayer of the Church done without Ceasing

See this extract from the Book of Acts, showing what can be achieved if the church engages in unified prayer without stopping:

Act 12:1 Now about that time Herod the king stretched forth his hands to vex certain of the church.
Act 12:2 And he killed James the brother of John with the sword.
Act 12:3 And because he saw it pleased the Jews, he proceeded further to take Peter also. (Then were the days of unleavened bread.)
Act 12:4 And when he had apprehended him, he put him in prison, and delivered him to four quaternions of soldiers to keep him; intending after Easter to bring him forth to the people.
Act 12:5 Peter therefore was kept in prison: but prayer was made without ceasing of the church unto God for him.
Act 12:6 And when Herod would have brought him forth, the same night Peter was sleeping between two soldiers, bound with two chains: and the keepers before the door kept the prison.
Act 12:7 And, behold, the angel of the Lord came upon him, and a light shined in the prison: and he smote Peter on the side, and raised him up, saying, Arise up quickly. And his chains fell off from his hands.
Act 12:8 And the angel said unto him, Gird thyself, and bind on thy sandals. And so he did. And he saith unto him, Cast thy garment about thee, and follow me.
Act 12:9 And he went out, and followed him; and wist not that it was true which was done by the angel; but thought he saw a vision.
Act 12:10 When they were past the first and the second ward, they came unto the iron gate that leadeth unto the city; which opened to them of his own accord: and they went out, and passed on through one street; and forthwith the angel departed from him.
Act 12:11 And when Peter was come to himself, he said, Now I know of a surety, that the Lord hath sent his angel, and hath delivered me out of the hand of Herod, and from all the expectation of the people of the Jews.
Act 12:12 And when he had considered the thing, he came to the house of Mary the mother of John, whose surname was Mark; where many were gathered together praying.
Act 12:13 And as Peter knocked at the door of the gate, a damsel came to hearken, named Rhoda.
Act 12:14 And when she knew Peter’s voice, she opened not the gate for gladness, but ran in, and told how Peter stood before the gate.
Act 12:15 And they said unto her, Thou art mad. But she constantly affirmed that it was even so. Then said they, It is his angel.
Act 12:16 But Peter continued knocking: and when they had opened the door, and saw him, they were astonished.
Act 12:17 But he, beckoning unto them with the hand to hold their peace, declared unto them how the Lord had brought him out of the prison. And he said, Go shew these things unto James, and to the brethren. And he departed, and went into another place.

What is your church doing during this period?

Let Nuus.News publish your church videos and prayers to the public and help to spread the peace of Christ all over South Africa and the world, and encourage fear gripped people and give hope in a dark world.

Send your messages by making use of our Contact Us form. 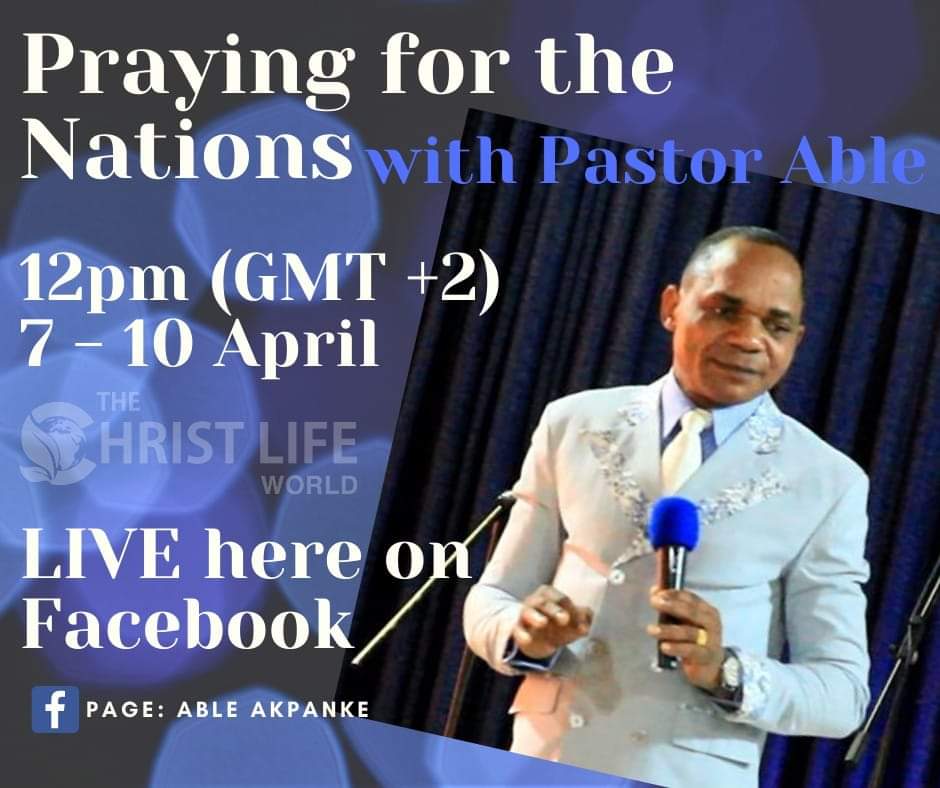