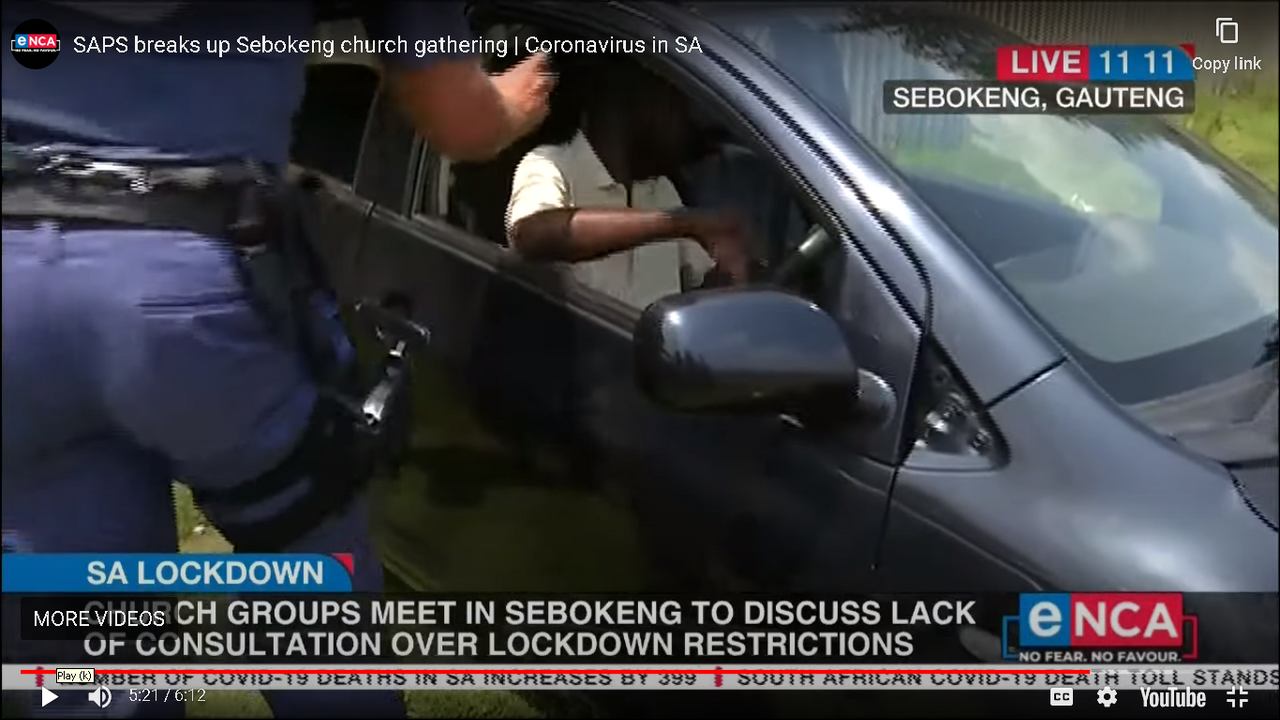 The Gauteng Commissioner has rejected bail for Pastor Radebe

In an unprecedented move, the police took Pastor Radebe straight to prison, and not to the normal holding cells in the police station, where Pastor Radebe could have applied for station bail.

Legal advisors say that he had not committed a grievous or violent crime, and could have easily gotten bail.

However in a bizarre twist, he was immediately taken to prison on the direct command of the Gauteng Commissioner.

Clearly Government is out to show they are out to get the Christian Church.

Government has made it clear they want casino’s open, taxi’s running at full capacity malls and restaurants open, where you can take off your masks while you eat – apparently the virus cannot get to you while you are eating in a restaurant, even though the virus is airborne.

The action of the police during the arrest was very brutal and violent, with police swearing at Christians shooting rubber bullets at them and pepper spraying Christians in their cars. They wet all out as if this was a riot crowd of vandalists or protestors that was throwing stones or burning tyres. However, this was a peaceful coming together of a few Christians, and there was no stone throwing or violence. The police abused their power and it is clear they wanted to make an example of Churches that do not comply with lockdown regulations. It was amazing how quickly mainstream media ENCA was on the scene, as if they knew what was going on.

Christians from all over South Africa are praying for Pastor Radebe that has been imprisoned. He needs your support.